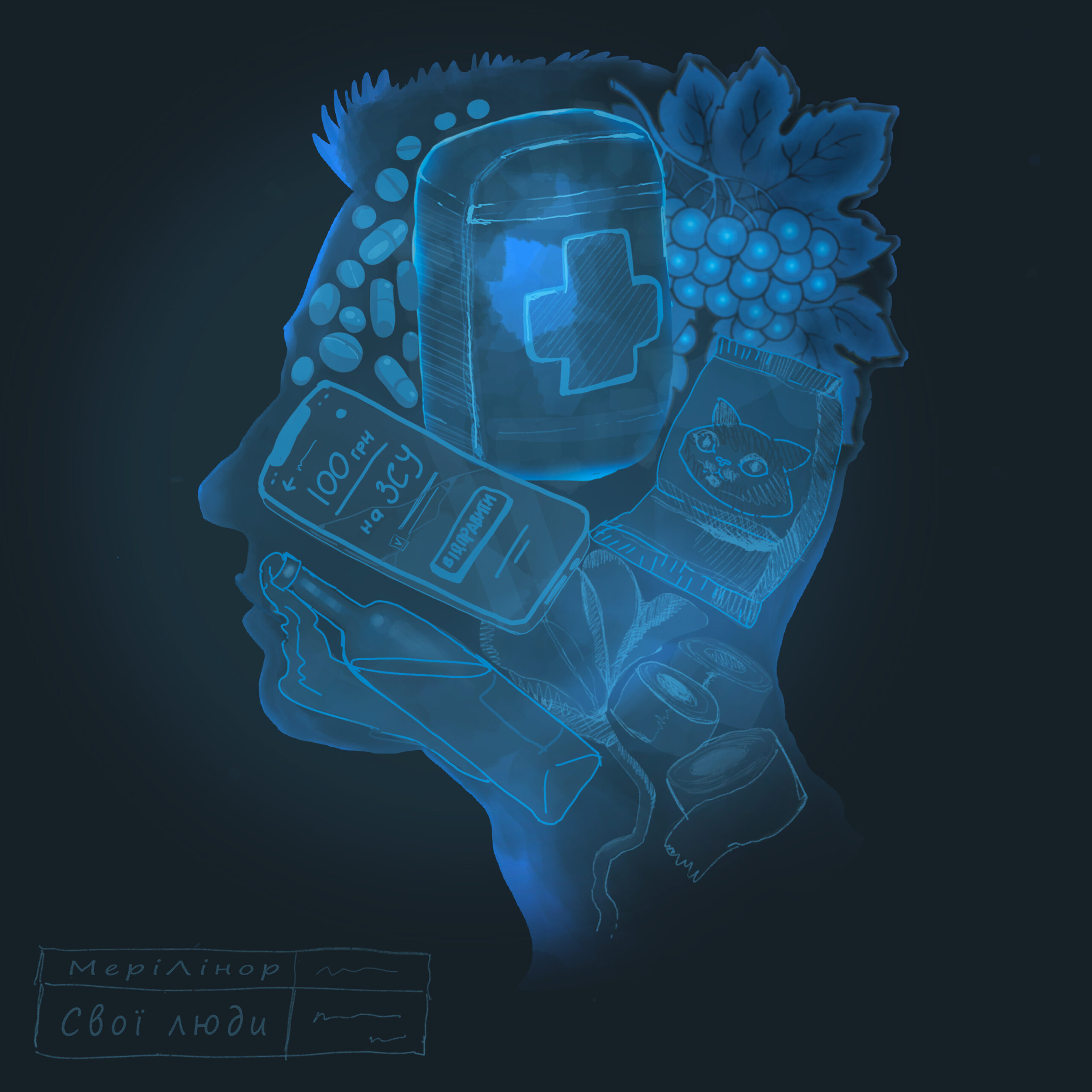 Since the beginning of the war, this is the first song released by the band. There were many plans and ideas, but on the 24th everything changed and we had to do completely different things.

The bass player (Anton Gorodetsky) left for the Territorial Defence, the vocalist (TJ Hinako) and the guitarist (Rain) are actively engaged in volunteer activities. The drummer (Stas Novikov) had to cover the absence of loaders in large food warehouses in 3 shifts, because many has volunteered to join the Armed Forces of Ukraine.

So somehow, while doing all this, fear disappeared and hope appeared, we saw how all the people of the country, thanks to personal horizontal ties, have established a powerful defense and are not going to surrender a single inch of their native land.

This is what our song is about, a song about ordinary citizens and about the horizontal connections that helped us survive in the early days of aggression from the Russian Federation.

Recording one song costs about 200 cups of espresso. These are approximately 300 cans of inexpensive beer. In this case, the album is 1000 servings of classic shawarma.

On this site we give away our music for free. If you like her, if you want to support us, you can do it. Just transfer any amount of money (at your discretion) to one of the card accounts below.

All received money will be spent on recording new songs and filming new clips, which you can download for free from our website.